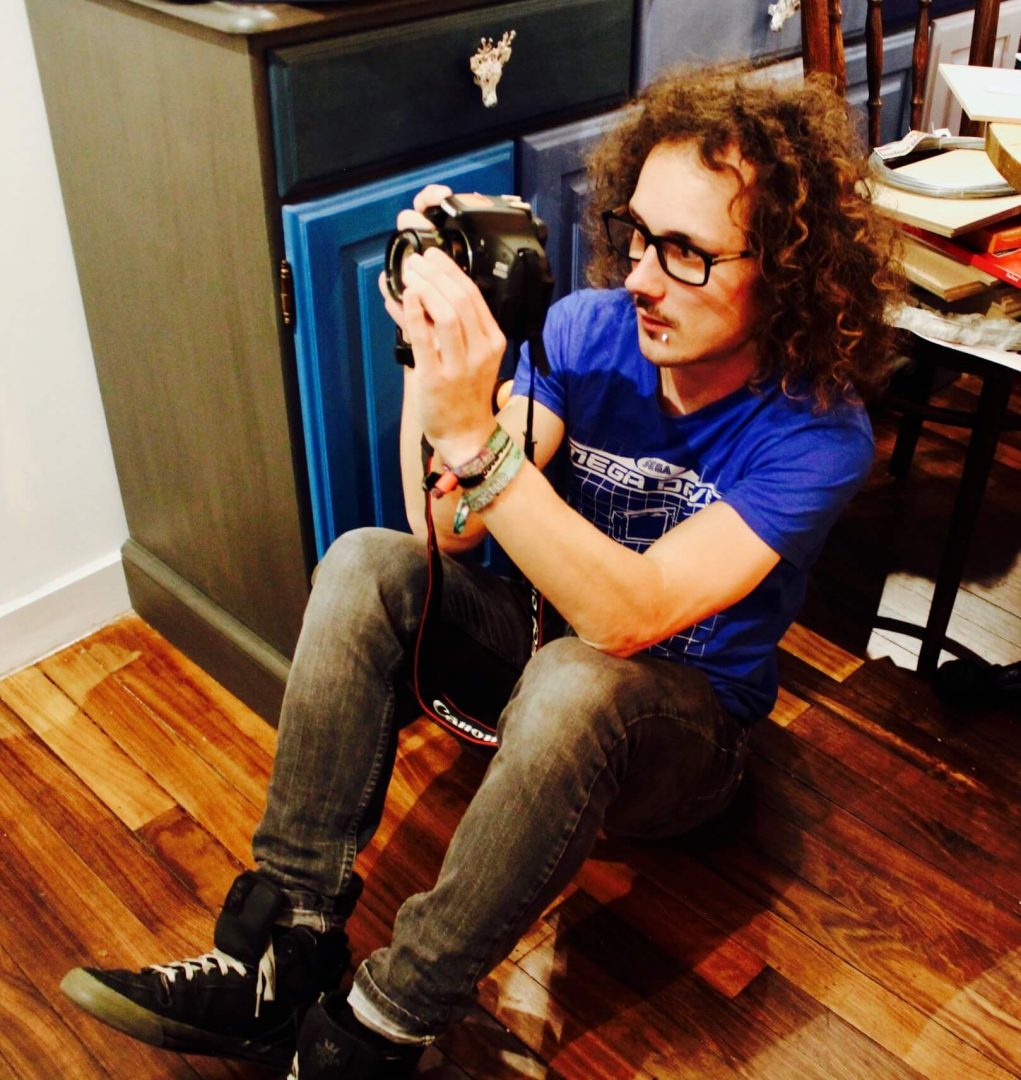 We met at Hot Numbers on Gwydir St and chatted about Ryd’s films, influences, RoboCop and why he can’t wait to be part of A Christmas Film Festival on the 16th of December.

How did you get started as a filmmaker?

So as a kid I used to write stories loads. I didn’t know at the time that I wanted to be a filmmaker but when I looked back at the pages of stories I wrote I noticed that I’d drawn little pictures and the words ‘lights, camera, action!’. I guess I’d always envisaged worlds coming to life through direction and storytelling. Film has always been a big part of my everyday life. I grew up watching films with my older brother. My dad made a lot of home videos, and it was through those that I got really interested in the idea of time travelling through film. I used to talk into the camera and speak to my future self. I really liked that I could replay moments in time.

Do you remember making your first film?

My first films were made on school computers. I made animations using Paint and PowerPoint.How would you describe your style?All of my work is pretty self-indulgent!  I know that may sound strange but I actually don’t think that’s a bad thing, that I relate everything to my personal life and own lived experiences. So my style is… realistic, naturalistic – believable and relatable performances are really, really important for me.

Who has really influenced and inspired you to make films?

I’m hugely influenced by Shane Meadows. When I was at college he did a talk that inspired me. As I was listening to him speaking about film-making I remember a moment when I thought, ‘that’s it. I’ll be a filmmaker then.’.What’s your creative process?Hmm. Well I can tell you what I definitely don’t do. I don’t choose a time and place, sit down and force myself to come up with an idea there and then. Basically for me how it has to work is I have to allow ideas to come forward naturally in my mind. If I’m excited by an idea I’ll go ahead and make some art about it. Sometimes I’ll get an idea and feel like I need to race to a pen and paper so I can get it all out and down. And from there the idea constantly develops until the film is finished. It’s definitely not a linear process for me.

What part of the process that you most enjoy?

I love the casting and rehearsal process. We always rehearse a lot before we shoot. But then things inevitably change along the way. While we were shooting Single to London (Single to London will be screened before Love Actually, book your tickets here) the First Assistant Director made a suggestion that we went with and it massively improved the film.

What’s the best thing about being a filmmaker?

The weird situations I find myself in that I just would not be in if I weren’t a filmmaker! I actually thought about starting a hashtag, #becauseimafilmmaker that would caption photos of the strangest scenes on set. I’ve been in a field with people running around me dressed as gorillas. It’s moments like that when I think to myself ‘#becauseimafilmmaker’.  And I get to spend loads of time surrounded by great people. Yeah that’s a great thing, working with people, making new friends.

RoboCop 1987! It ticks a lot of boxes. It makes me laugh, it makes me cry. It’s horrific, gory, scary, political, funny, romantic, action-packed. There are very few things that it doesn’t have. It’s the same age as me too and I like to make the gag that 1987 was the year of that the best films and filmmakers were released.

Your award-winning short film Single to London will be shown before Love Actually as part of A Christmas Film Festival  (Saturday 16th December, 7PM, The Robinson Theatre, Hills Road). Why do you think it will be perfect to show before the ultimate Christmas romcom?

I’m really chuffed to have Single to London screen in front of this huge film. Single to London is a romcom at heart, but I think it is different to the usual. To say why may spoil it! I think it’ll be the perfect film to kick off the romcom mood of the screening. I also like the fact Love Actually is British, and it’ll be nice for the audience to see an even more local (Cambridge) film before it.

Why did you want to get involved in A Christmas Film Festival in aid of East Anglia’s Children’s Hospices?

I like to support charities in general and I like working with Enchanted Cinema. We’ve worked together in the past and it was really good fun. So when you got in touch, I looked up East Anglia’s Children’s Hospices and agree that it’s absolutely a great cause. So yeah, of course I’m happy to help. It’s rewarding working on a project like this in more than one way, because not only are we raising money for a great charity, but we’re also making sure lots of people have a really great time at the event. Basically it’s a no brainer. It will be all round totally lovely.

Ryd will be running projection at the A Christmas Film Festival and we’re delighted to be screening one of his short films before Love Actually at 7PM. He’s busy hatching plans for new content and will be releasing comedy videos through his Youtube channel over the next few months, subscribe here & follow him on Instagram here. 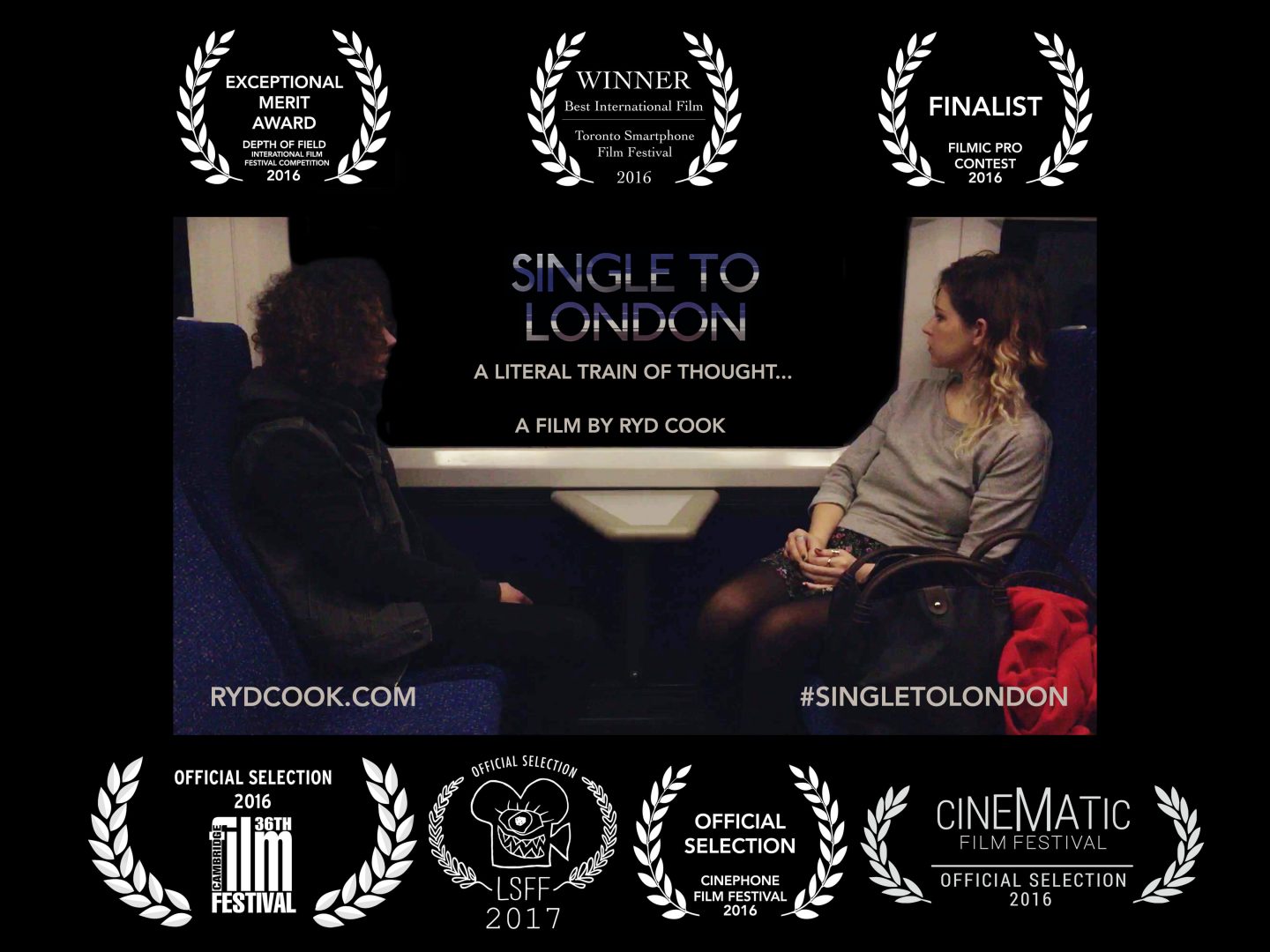