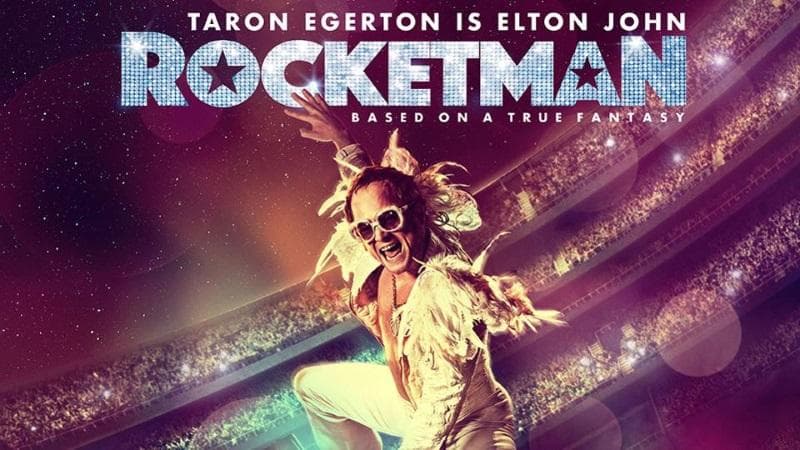 Rocketman is the 2019 smash hit musical featuring Taron Egerton. This is an epic musical fantasy about the uncensored human story of Sir Elton John’s breakthrough years.

Rocketman is a 2019 biographical musical film based on the life of musician Elton John. Directed by Dexter Fletcher and written by Lee Hall, it stars Taron Egerton as John, with Jamie Bell as Bernie Taupin, Richard Madden as John Reid, and Bryce Dallas Howard as Sheila Eileen. The film follows John in his early days as a prodigy at the Royal Academy of Music through his musical partnership with Taupin.

“A sequin-encrusted delight. On paper it reads like a by-the-book biopic; on screen it explodes with the kind of colour and energy that only Elton John himself could invoke.” Empire

We will be joined by an amazing street food vendor who will be open from doors until the start of the screening. We also have our brand new fully stocked bar so keep your picnics at home.

Enchanted Cinema is back for its 5th-year of inner-city cinematic magic. They return this year to one of their favourite venues, The Gonville Hotel’s magical gardens, in the centre of our beautiful city.

These guys are all about creating an original and vibrant cinema scene that offers an exciting way to watch a great film. Expect to be wowed by a short film before each screening, magical light installations and live music from local artists. These events are set to be the most magical of the summer.

Team EC has brought together some of the best street food vendors in Cambridge who will be serving up delicious food for Enchanted Cinema ticket holders and there will be an outdoor bar and popcorn kiosk along with live music from local musicians until the screening which will begin at
sunset for each film.

Seating is not allocated so be sure to arrive in advance to choose your deckchair. We are a rain or shine event so if the Great British weather surprises us and the skies open, we will have waterproof ponchos available and the show will go on!

Sit back in a deckchair, fresh popcorn and a drink in hand, and experience cinema as you never have before this summer…

Running times are approximate and subject to change

We use cookies to ensure that we give you the best experience on our website. If you continue to use this site we will assume that you are happy with it.Ok